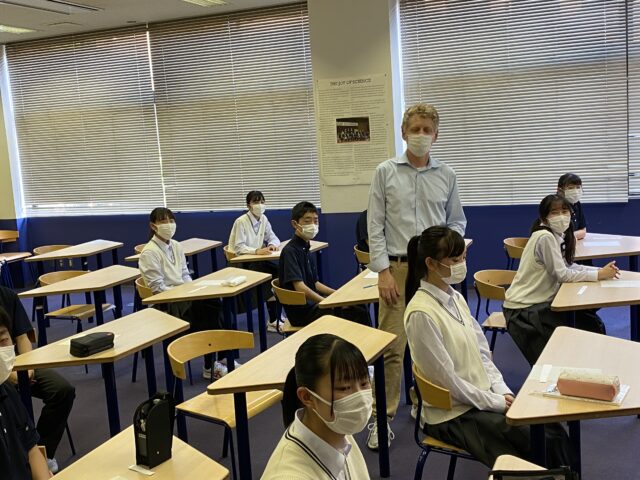 The focus of the class was on an activity called “Guess the Word”. The goal of the activity is to learn to describe a word so that another person can guess it. For example, if the word is “ticket”, I may describe It by saying “it is a piece of paper that you buy before getting on a train”. Each “Guess the Word” card has a topic such as “Things that are Yellow”, and 6 words written beneath pertaining to the topic such as sun, banana, butter etc.

I started the activity by giving the students some model language used to describe things in English. Phrases were introduced such as “This is something that is used for cooking”. Then I model the activity.  First, I wrote the topic on the board and Then wrote 1 to 6 underneath. I began by describing the first word until a student guessed the correct answer. The game progressed until all 6 words are guessed correctly. Finally, to make the activity as students-centered as possible, I put the students in groups of 4s. Each student received a different card and got to be the “teacher” while the rest of the students were “guessers”.

This is a fun activity that generates a lot of conversation based upon just a few key phrases. Students draw upon vocabulary that they have learned quite intuitively and everyone gets involved.